”Help me, help me I’m an Italian mom”. So begins a comment on facebook that seriously describes what´s happening in Italy. There has already been about 50 demonstrations. This is not just a question whether vaccines are good or not, is damaging people or not – this is a fight about who has the right to decide over your child. Is it the parent or the pharmaceutical industry, in collusion with the state, and that yearly earns billions on vaccinating your child?

An Italian mom, Teresa Ceglie, tells us about the new law about mandatory vaccinations (n 73/2017) that is about to be adopted in Italy.Just one among twenty regions is officially opposing against it. Teresa says: “This new bill will force us to vaccinate our children from 0 to 16 years old against 12 different diseases to be allowed in school, preschool, or day care. We are no more allowed to choose otherwise, but we’ll have to face yearly fees up to 7,500 euro for each child and year, or even worse, to lose custody and parental rights.”

Most people, both those who are pro vaccine and those who say no thanks to vaccine, can agree on that whatever pharmaceutical product that is given to their healthy child, compatible with any risk and adverse effect, then there has also to be a choice, and that choice has to be the parents’ and not the pharmaceutical industry nor the state. That’s why there are big demonstrations taking place in Italy. On the 8 of July there will again be a huge demonstration, then in Pesaro, where they will fight for the right to say no to compulsory medications that mandatory vaccinations is about.

Vaccines are pharmaceutical drugs that are administrated through injection. That is why the adverse reactions of those will be more pronounced than for pharmaceuticals taken orally. All children have to undergo vaccination and religious freedom is not protective. Children who already are vaccine damaged will not even be exempted.

In Italy the wait time is over 6 months for those who have applied for exemptions, but there is a major risk that the children have to undergo vaccination while waiting for a decision. “I´m scared to death to send my child to school cause the police may came and take it for vaccination by force”, Teresa says.

Teresa Ceglie had found the letter Opinion on Sofia Arkelsten to the Swedish Social Committee opposing Arkelsten´s motion about mandatory vaccinations. In the letter we described which adverse effects the children got from the MMR vaccine called Priorix. It is important to know that if you vaccinate the entire cohort then more children will get adverse reactions from the vaccine than from the disease itself if they are not vaccinated. For example there are 28,000 adverse reactions from Priorix. When you vaccinate the entire cohort in Sweden, then it brings along that 100,000 children will be vaccinated each year. The measles vaccine is however given to two cohorts every year so the adverse reactions needs to be doubled up to 56,000. This has to be compared with those 10,000 who contracted measles before mass vaccination started. Most of them turned out to be just fine, without any adverse effects at all. According to official statistics there is 0.5-1 case of encephalitis per 1,000 measles cases and 80% heal without any complications at all. This means that there were 5-10 such cases, and if 80% of them heal, then we have at the most 2 cases a year. It is not legitimate to compulsively vaccinate all healthy children with measles vaccine and give them 56,000 adverse reactions to eliminate 1-2 cases of encefalitis. Those who get complications from encephalitis in principle always have another underlying disease.

“Teresa Ceglie has a vaccine damaged child. Her daughter got ulcerous colitis, a chronic intestinal disease from the MMR-vaccine. She’s afraid she’ll have to vaccinate her kid again, and she says, “Doctors are threatened and silenced. Some already got fired, their work belittled. Media is undergoing a heavy censorship too, and there’s a hostile atmosphere against those who don’t comply. We are discriminated already and told we are spreading diseases – If this law passes, then in September we’ll have to apply for political asylum.” Teresa is talking about how fascism is showing its true colors, and she’s very frightened by it. People are also about to manifest in France, where a similar proposal has been made.

It is not just measles that will be compulsory, it is in total 12 different vaccines that will be forced upon the children of Italy.
Polio
Diphteria
Tetanus
Pertussis
Hepatitis B
Haemophilus influenza B
Meningitis B
Meningitis C
Measles
Rubella
Chicken pox
Mumps

Not to forget, the terminology that is used is not correct. We do not vaccinate AGAINST any disease, we are actually injecting them. We inject different microbes and viruses into our childrens´ bodies and it means that we intentionally are infecting them and are forceing a disease upon them, otherwise one cannot contract immunity (this is not applicable on toxoids and the HPV vaccine, which is the first GMO-vaccine, which means that it is genetically engineered/modified and is not any natural particle at all).

As you inject, it is generally more complicated because you penetrate the skin. In addition, infectious agents and a cocktail with various adjuvants, additives, residues and also substances that are recognized neurotoxic as aluminum are injected.

From the vaccinations the children instead risk to get different infections, asthma, allergies, different immunological diseases, autoimmune diseases, ADHD, learning disabilities and even autism and so forth.

Most people don´t know that CDC in the USA is the authority that recommends vaccines also has vaccine patents. CDC has not less than 50 patents for different vaccines. What credibility has an authority which is about to recommend vaccines when it at the same time has the patents on some of those? Can they really be neutral? The whistleblower William Thompson has said that CDC demanded him to destroy the documents that revealed that the MMR vaccine increased the risk to contract autism.

Sweden´s health minister, Gabriel Wikström, has Annika Karlsson as secretary, and she used to work at GlaxoSmithKline. In Italy the health minister Beatrice Lorenzin has together with  Ranieri Guerra, Chief Medical Officer at the Italian Ministry of Health, and who has also been the CEO of the GlaxoSmithKline foundation, been at meeting in the USA. The fact that he has been sitting on double chairs has resulted in accusations against him regarding a conflict of interest.

The pharmaceutical industry has a perfect cash cow when it comes to vaccinations and when those are compulsory, then this multibillion industry has direct access to every child. The industry just has to sell, lob, or bribe it to the politicians and that is exactly what they are doing. GlaxoSmithKline´s Johan Thor was nominated “The Lobbyist Of The Year 2008”, because the company in no time succeeded in lobbing the HPV into the Swedish childhood vaccination program, a vaccine that no one had ever asked for.

If you don´t want this industry with its politicians into a tow to dictate what your healthy child has to be injected with, then you have to join this movement that Italy is inviting you to.

“Italy is going to be the first to rise up against this tyranny, and we want to be a good example for the whole world. We really need your help. On July 8th in Pesaro, Italy, we’re going to protest against this law. No harm must come to our children. We ask you to rise up and protest with us in every Country! We must show everyone that we are standing united for our kids’ health”,says Teresa Ceglie.

Say no to the pharmaceutical industry having direct access to your child without you as a parent having anything to say about it. Stand up against that medical fascism that is spreading all over the entire Europe. Join the movement! These are decisions taken at EU-level and even higher up, to later on be adopted by all countries. The medical-governmental elite work very intensively on compulsory vaccinations, in the USA, Europé and Australia.

It is easy to demonstrate and manifest your opinion and you can easily do it through your computer.

Join the movement. Change your profile picture on social media to this: 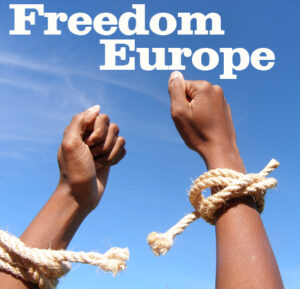 This picture means: The parents have the choice when to give pharmaceuticals with risks to their children – it´s not the pharmaceutical companies or politicians

Freedom Europe, one people, one goal – stop the medical tyranny that completely takes the control over our children in Europe.

Comments Off on Medical tyranny in Italy has to stop.
« Italien tar till storsläggan ...Freedom Europe – nätdem... » 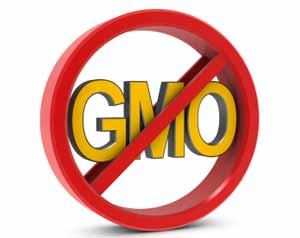 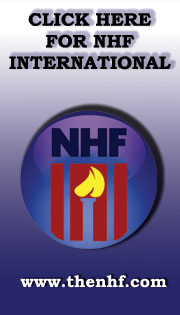